Back to Previous Section
83

This accessible enhanced CD contains the song, music track, lyrics, links, Braille music transcriptions, music lead sheet, as well as information on Braille and on Terry Kelly. The CD title and a message are brailled onto the cover, too. The CD cover resembles a greeting card and comes in a plain white envelope.

‘TORONTO — It’s been 200 years since the birth of Louis Braille, but the Frenchman who helped make reading and writing reality for people with vision loss is still making his mark.

The raised dot code bearing his name that Braille developed at age 15 continues to be used by millions. Since that time, a spate of evolving technologies from audio recordings to computer software has helped further expand ways for the blind to communicate.

Despite advancements, those who rely on Braille say it remains as essential as ever as a means of communication.

While his office is equipped with now-standard technological must-haves like a computer, even one of Jim Sanders’ most modern gadgets incorporates Braille.

His personal digital assistant features a row of Braille cells lining the bottom of the device with pins that pop up depending on the keys he pushes. Material downloaded to his handheld is automatically translated into Braille code.

Braille is integral to his life outside of work, like creating labels for his homemade wines.

“You would never think to say, ‘Gosh, I’m going to turn the computer monitor off; I’m going (to) no longer use a pencil and a paper,”‘ said Sanders, 61, president and CEO of CNIB, who was diagnosed with severe glaucoma as an infant and lost his sight at age 36.

“It just wouldn’t occur to you that you would no longer read print because you can hear the computers and you can read with talking books.”

“Using Braille for me is the exact same as using print for you.” ‘ 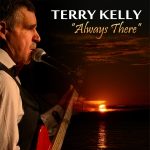 We Will Be There / They’re Coming Home / To Boldly Go / Portraits of Honour / We’ll Meet Again - Pack Up Your Troubles / Wherever There is Water / No Man’s Land - William McBride / More Than Life Itself / The Sacrifice  /A Pittance of Time / The Band Played Waltzing Matilda / Safe Home Available Formats:  CD (Selected) MP3 Mail Order More Info » 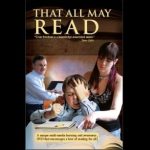 That All May Read (eCD/DVD) 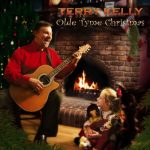