Welcome to the site

How many dreams have you had in your life? How many of those dreams have come to fruition?

How many of your dreams are sitting on the back burner because you are afflicted with the crippling disease, “excuse-itis”?

Are there dreams of yours that have been deemed time-sensitive, and, therefore, supposedly void of life?

Is there such a thing as a dream being void of life? If not, why not? If so, what’s the formula to reviving it?

I’m very grateful that I have realized many of my dreams. That said, I must admit that there are some of them that remain sitting on the back burner, and some of them that lie victim, and paralyzed by “excuse-itis”.

I’ve been pondering the, “If not, why not?” and, “If so, how?”. I’ve determined that, recognizing the disease, and acknowledging my inaction, is the first step to creating the inertia to get me moving on the road to recovery from excuse-itis. No – not creating inertia, but something like, “overcoming the inertia”.

So, I must say that I’m finding it challenging, yet interesting and exciting, to begin the process of cleaning off the back burner, and exploring the possibility of reviving discarded or forgotten dreams.

One might ask, hey Terry, what has inspired you to all of a sudden begin pondering in such a reflective way? 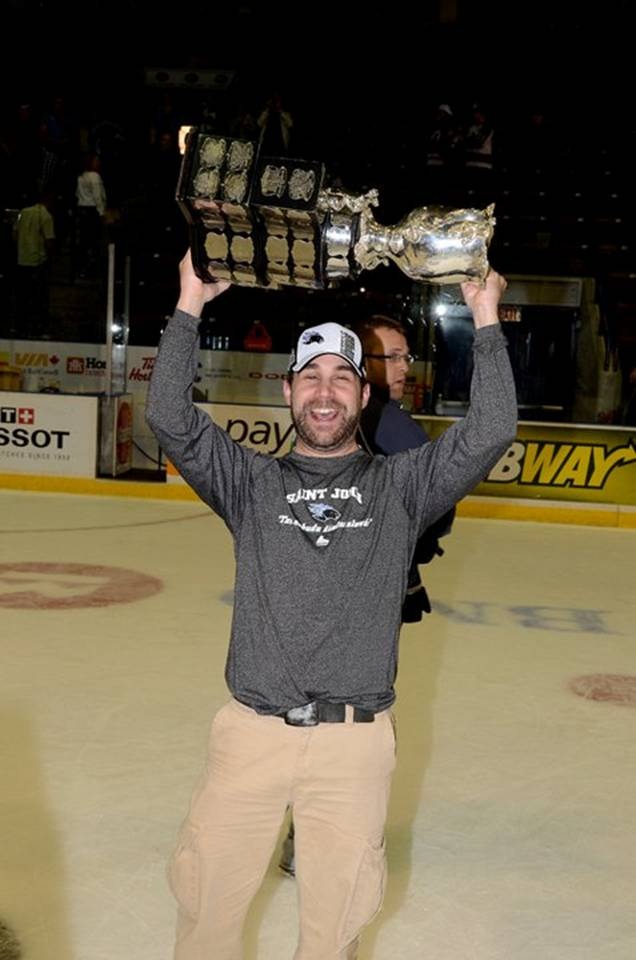 Well, I’ve been inspired by my son, Jeff, who, just after high school, adopted what we refer to as, the Dream Adjustment model.

As a little kid of two, Jeff began playing tin can hockey with me; it was the way I learned to play the game at the Halifax School for the Blind in Nova Scotia, Canada, when I was a boy.

Jeff’s love of hockey began growing as he played with me, with the Halifax Hawks amateur league, then high school and junior hockey. He collected the cards, read the magazines; he came to know the players, their stats and stories. He wanted to play professionally, just like them.

Long story short, when Jeff realized that playing professional hockey wasn’t going to happen, he switched into “dream adjustment mode”, and decided to study to become a professional trainer/athletic therapist in the hockey world.

May we all come to know the joy of using the “dream adjustment” as an antidote for excuse-itis, and get more things happening in our lives by cleaning off our back burners.

Thanks for dropping by, 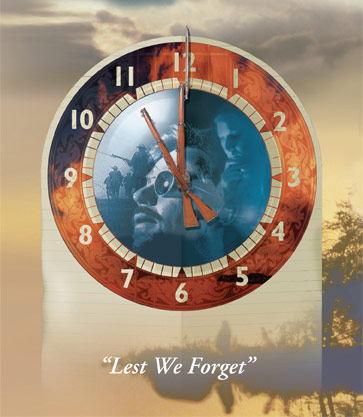 When I was 14, I remember trudging off to the Sailor’s Memorial at Point Pleasant Park, in Halifax, Nova Scotia, Canada, with my classmates from The School for the Blind and with our house parent / counselor, Mr. Ed Fraser, a proud veteran sailor of the Canadian Navy. On that November 11th day, the weather was not really conducive to a stroll in the park, and we made this fact very clear to Mr. Fraser. He didn’t seem to be overly concerned about our protests to venturing out into the rain that couldn’t quite decide if it would be cold and wet, soaking and chilling us to the bone, or freezing like shrapnel and attempting to puncture our young uncovered flesh. We arrived at the Sailor’s Memorial ten minutes before the ceremony was scheduled to begin and continued with our unacknowledged whining, that is, until one minute before the two minutes of silence was about to begin when Mr. Fraser faced us and spoke in his commanding and mesmerizing tone. “Gentlemen, all of you, face this direction”, which happened to be straight in to the freezing rain, “stand straight with your hands at your sides, and for the duration of the next two minutes, think of all the gifts and good things you have in your lives. Notice how quickly the time will pass and how you won’t mind the weather. As you list all of your good fortunes, say thank you to the thousands of veterans and to those who have died for each of you so you can be free. By the way, if Hitler had achieved his plan, there’d be no blind or disabled people allowed to live in this country of ours!” It was amazing how the realization of Hitler’s plan seemed very personal to the lot of us who were blind and visually impaired. To this day I not only remember my blessings on November 11th, I give thanks for all I have each and every day of my life. Have you ever noticed how your ability to deal with troubles and challenges is relative to your level of gratitude? Come this November 11th, I invite you to join me in two minutes of silence, A Pittance of Time, and take stock of all the goodness in your life as we honour those who have given of themselves for us and others.